A Study in Dedication and the Pursuit of Excellence

Yorkshire, England, 1860: John and Robert Harkness, teenaged brothers who shared a love for the out-of-doors and horticulture, saved their pocket money and bought their first seeds. Horticulture was to be the life for them.

By the 1880s, they were successful exhibitors of gladioli and dahlias, winning championship awards. They expanded their interests to roses, staging 34 exhibits in 22 days at shows all over Britain and winning many awards. This involved over 8,000 miles of travel in the days before automobiles! Roses soon became their primary interest.

In 1895, they established their rose nursery in Hitchin. Eventually, Robert’s son Bill took over the business. Bill’s aim was to grow top quality plants of the best varieties. From 1939 to 1956, Bill won the Royal National Rose Society’s championship trophy every year it was staged, and held it 22 times in all, easily a record.

In 1961, the Harkness family made a momentous decision to breed new roses. Jack Harkness directed breeding work on a major scale, and within a few years Hitchin-raised varieties were being grown in every corner of the world. ‘Mountbatten’, ‘Alexander’, ‘Margaret Merril’, ‘Compassion’ and ‘Amber Queen’ proved most successful in the early years.

Peter Harkness says, ‘‘Through peace and war, and changing times, roses have been the anchor of the business; not always an easy way, but certainly a pleasurable way to earn one’s living.”

Improved Roses for the Future

To achieve steady improvement in the quality of roses, R. Harkness& Co. conducts a systematic and precise program for developing new varieties. The basis of the program is to focus on quality, not quantity, so that the rose experts at R. Harkness& Co. can closely monitor merit at every stage.

The process begins with parental planning, arranging a marriage between two roses that have the potential to yield a following generation with improved characteristics. At Harkness, many of the parents are from in-house ‘lines’ of breeding that have been carefully developed over previous years.

The chosen parents produce families of seeds; each seed from a pair of parents is similar, but not identical. At R. Harkness& Co., the annual average quantity of seeds is 40,000. By the end of the first year for the original 40,000 seeds, approximately 2% will be selected for further evaluation, while 98% will be discontinued and destroyed.

They then participate in field trials. The average period for field trials is 6 years. Each year, the characteristics and performance of the roses are monitored; the successful ones are re-grafted and the unsuccessful ones are discontinued and destroyed. At the end of the 6-year period, all that remains is a small group of survivors, usually from 6 to 10 roses, representing 0.0025% of the original 40,000.

These are the improved new roses that Robert and Philip Harkness will use to continue to guide and drive the company into the future. 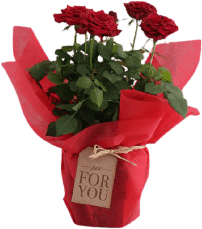